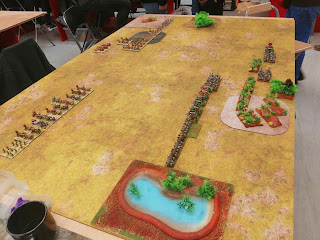 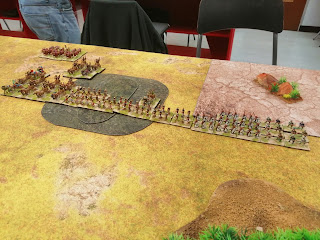 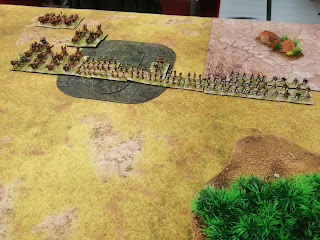 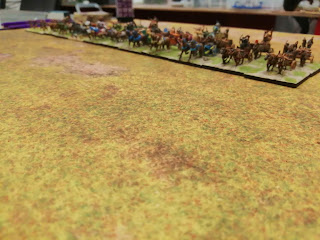 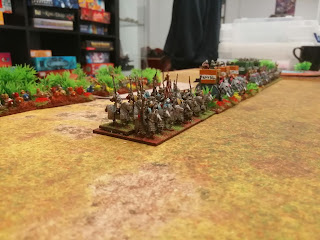 The rest of the game:
Fewer pictures this time I am afraid is it became quite focused and tense in a nice game way. The key thing was that RJC elected to push up aggressively and skirmish away from the single line of fanatics. This turned out to be a miss calculation and the wing of chariots quickly collapsed to a combined assault of lancers and elephants. One escaping to their own back edge, eventually killing to two units of elephants chasing it down. While the one that avoided the melee fight ended up evading till it was eventually caught on my back edge to break the army. The end game came down to RJC having the pack and rear charging one of lancers with a chariot unit. My average lancers survived (just) which enabled my to kill the chariot unit I had caught causing 15-10 win for the Rajput Giant Slayers. 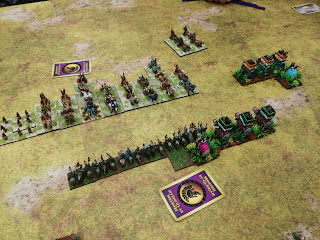 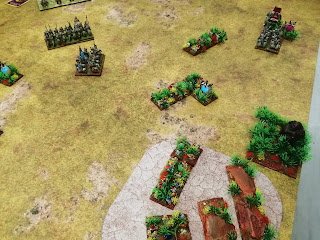 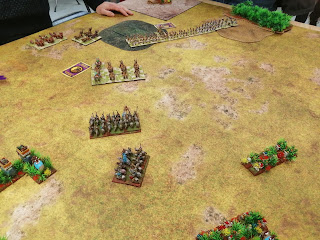 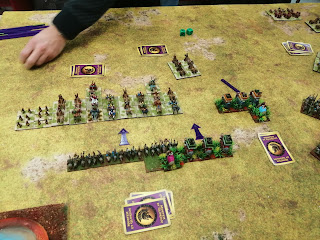 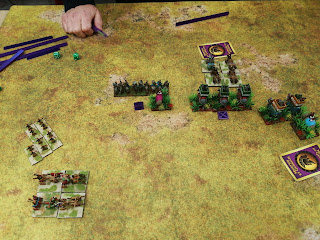 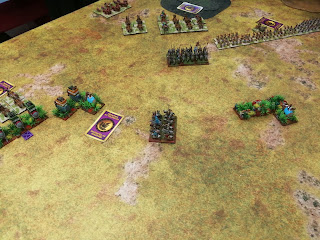 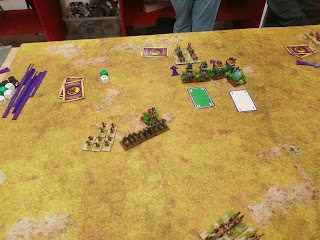 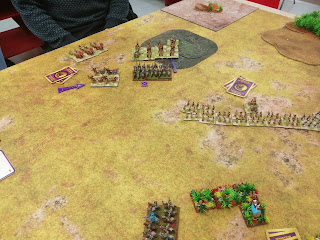 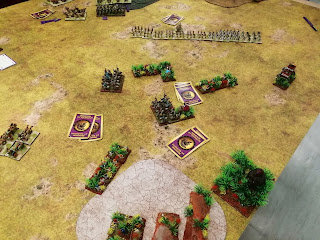 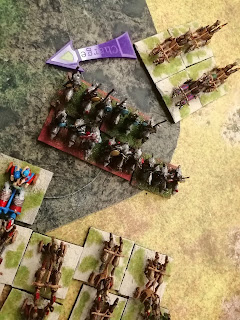 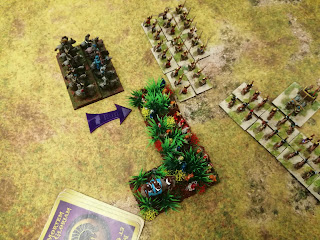 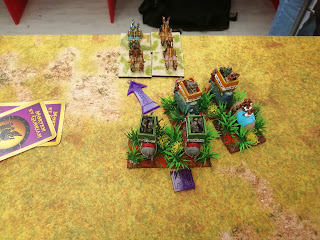 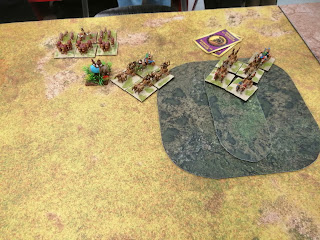 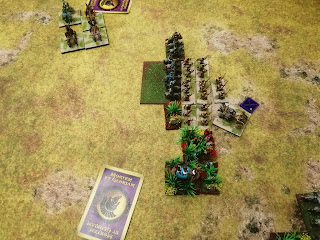 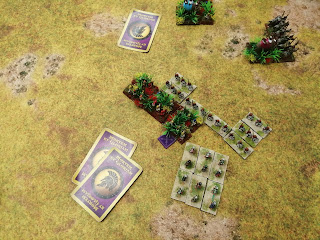 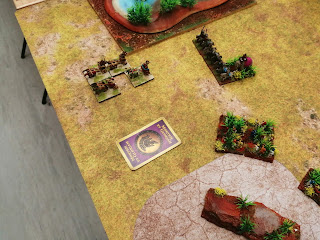 So game one I was playing my good friend Bruce, with his New Kingdom Egyptians. (To view the army list click here). This would be an interesting challenge as Bruce is both practiced with the army from Warfare 2019 and it contains a lot of loose foot which will …
Post a Comment
Read more

October 20, 2019
"Condors to Abrams" are free fast play rules for wargaming battles from 1936 to the present day. This afternoon my son (12 yrs old) and I did our first test game. We were looking to see that the rules where simple enough for a younger age group, but also gave a feel for the period.
1/72 scale plastics give a nice cost effective path into new periods so with a small purchase from our excellent local store Entoyment, Poole of a box of Soviet and German foot, we put together our forces. The rules "Condors to Abrams" provide a reinforced company level game using a number of bases or single AFV's to form command groups. The rules use a system of alternative actions between players. This way players are fully engaged and can interdict game play on the board. Measurements are in inches and D6 are used for chance and hits. Artillery is handled as an off board function via the force commander base. Morale plays a key part in the game and is only known per unit after de…
2 comments
Read more